Has anyone else noticed that the woman, Ginny Rometty, who is the president of IBM looks like 1965 Frank Sinatra in drag?  I knew she reminded me of someone every time she popped up on CNBC to be interviewed about how crappy Big Blue is doing lately.  Could she be, like that twit Ronan Farrow, the product of some of Old Blue Eyes wild oats?  Francis Albert did get around and Ms. Rometty could be a ring a ding offspring.  Maybe if we heard her sing?

Another point to ponder is the recent revelation regarding the diet of the world's most successful investor, Warren Buffet.  Turns out that the CEO stock picking genius of Berkshire Hathaway is a bit of an idiot savant.  The guy can sure mine gold in the market but the the old reprobate eats like a knuckle dragging gap-toothed goober.  His diet is nutritionally just south of a carnival roustabout and a Kentucky hillbilly.   Throw in a moon pie and bag of peanuts and he hails from Harlan county.  Check it out:  He recently bragged that he consumes roughly 2700 calories a day and a quarter of this regimen includes five 12 ounce servings of Coca-Cola.  Granted this certainly helps his $16 billion holdings in Coca-Cola, but can't be doing a lot for his health.  Okay, so he's 84, maybe he's on to something.  He does use the cokes to wash down his daily intake of a can of Utz potato stick.  Maybe that's the secret?  Or, is it the chocolate chip ice cream he often has for breakfast?  Come to think of it, perhaps we should post a copy of the Buffett Diet at the front door of every one of those ubiquitous "health food" stores where all the skinny unhealthy looking morons in their yoga pants can read it before embarking on another safari in search of "organic, no GMOs, gluten free" crap they insist on feeding themselves.  That would be even more fun than my habit of standing in the parking lot of those places telling customers that they're all going to die anyway.  (Try it, it's fun.) 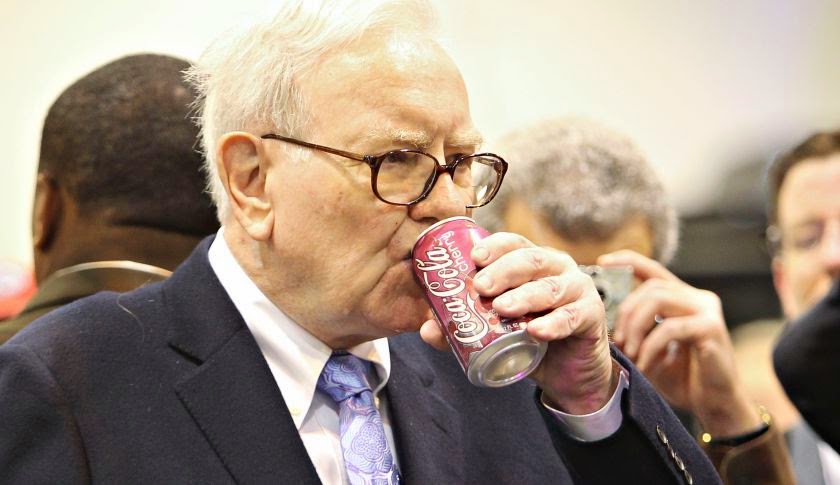 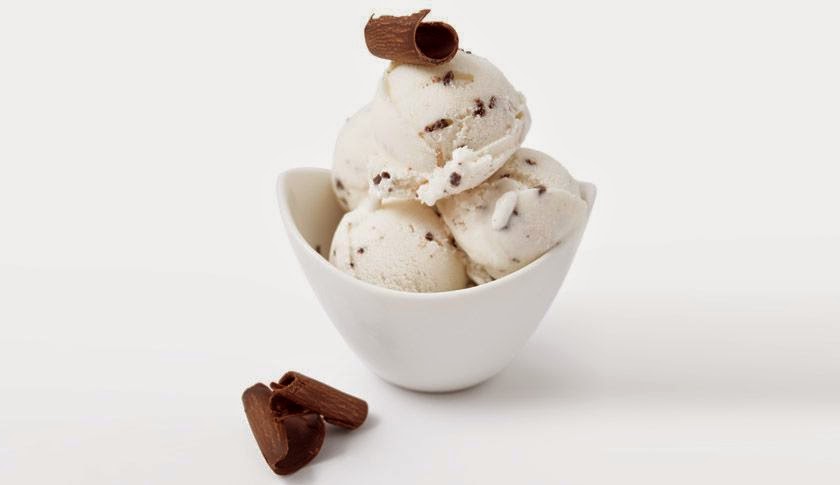 The "Sage of Omaha", being worth roughly eleventy bazillion dollars, is a cracker jack stock picker which leads me to believe that you and I could do nearly as well in the market by merely changing our food pyramid just a smidge.  I don't know about you but my adjustment would be minimal.  A switch to Coke, ice cream and potato stix from my current consumption of Dr. Pepper, dill pickles, and Fritos is definitely doable.  That first bazillion is practically in the bank.

Certainly I would hope that, after assuming his diet and the success it is bound to bring, there would be no requirement of a move to Omaha when Warren checks into his pine condo.  (I did mention that he's 84 didn't I?)   Perhaps we should at least think about it.  Though money doesn't always bring happiness it will at least help you be miserable in comfort.

Now, where's that map of Nebraska?  Potato stix anyone?
Posted by Ken Copper at 11:21 AM No comments:

Partly Cloudy, With a Chance of Jury Duty

We've had very little winter in the panhandle of Idaho.
Granted, most of the really cold weather and heavy snow storms often skip over this region and dump their misery on the denizens of northern Montana and Wyoming before moving on to the Great Plains, but this year has been one of the mildest on record.  Longtime locals are out in shorts and T-shirts while newcomers like my wife and me are merely thankful we can put off buying snow tires for one more year.

And then it happened...  In the mailbox a summons for jury duty baring my name and address.  What??!!
I've only been here four months and I'm up for jury duty?!  How is this possible?  I could understand being called on what seemed like an annual basis when we resided on planet California, there being so few actual legal citizens and all, but now Idaho yanks my chain too?  There must be some mistake.
I call the number on the summons.  No mistake,  I report Monday.

For years people who worked in the media got a pass from jury duty.  The whole concept of having a "voice in the public square" meant that those of us in the newspaper, radio or TV business could have undue influence on a case and result in an avoidable miscarriage of justice.  It seemed like the right move to me.  Then, either because of a scarcity of bodies in the pool of potential jurists or some ruling by the government, suddenly EVERYBODY went into the hopper for jury duty.

I didn't mind showing up the first couple of times in California but after that……ENOUGH!  I actually wound up on two juries:  a major cocaine bust and a murder trial.  They were interesting and sort of fun at the time though I was somewhat put off by the fact that both defense attorneys told me after the fact that they had picked me on purpose because they hoped I would blab about the trial on my radio program and get their clients a mistrial.  I didn't and was happy to send the drug dealing dirtbags and the murdering SOB to stony lonesome for a very special extended stay.

Perhaps my steadfastness and no nonsense trial service has preceded me to my new home state?  Maybe I'm already well known in the legal circles of the Idaho panhandle as the "hangin' jurist".  Or, more likely, some clerk yanked my name out of a hat at the voter registration office.  That's what I get for exercising my franchise.

So, next week is jury week.  Now that I'm retired it wouldn't hurt my feelings to land a spot on a big case.  You know,  one of those cases where an old lady is in the dock for boosting a 98 cent bottle of Joy dish washing detergent or maybe a civil case involving a stud horse shooting blanks.  Exciting stuff.

I'll have to check on what the state allows with regard to maximum penalties and hope that a jury can at  least recommend hanging or the electric chair.  I don't believe in messing around.  Firm but fair is my motto.  The "hangin' jurist" is always ready to drop the hammer on society's misfits.

Having just checked, I now know that Idaho employs lethal injection as its method of extermination.  I've always enjoyed mixing a mean cocktail.  Let's get this party started!  Now where's that old bag who grabbed the 98 cent bottle of Joy? 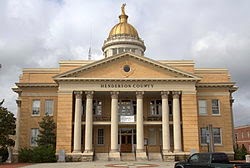 Posted by Ken Copper at 3:34 PM No comments:

I
The other day when I was just beginning my annual lament of the approach of Valentine's Day I overheard a typical clueless twenty-something male say this to his equally mentally challenged buddy, "Dude, I got an awesome idea about what to get Shawna for V-Day."

After imagining what it would be like to machine gun this idiot I was reminded of an often considered but never acted upon campaign I would like to initiate.  Can we please give DUDE, and AWESOME the rest of the century off??  Isn't anybody else sick of hearing those two insipid words?  My God, what will it take to drive a stake through the heart of AWESOME?  Give it a rest!  How about: outstanding, inspiring, formidable, imposing, exalted or impressive?!  Doesn't anybody have a thesaurus?  Take AWESOME out and shoot it please!
Dude is another dumb default that has lost all meaning.  If you're a boomer, you no doubt remember the Durango Dude from the Corky & White Shadow series featured on the Mickey Mouse club.  The Dude was cool.  He was the Dude because just like any other city slicker "too dressed up for Dodge"he was trying to pass for a cowboy. It was a core staple of most Westerns. When did this perfectly good noun for dandy, peacock, or fop become the go to synonym for all guys?  Dude should be limited to the vernacular of crusty old sidekicks like Gabby Hayes, Walter Brennan and Pat Buttram, not skate boarding slackers.

As for the Hallmark holiday that is Valentine's Day, let's give that a rest too. It was stupid when you were in grade school and is now exponentially more moronic as an adult.  Let's limit this sentimental slop to the Hallmark Channel and those eHarmony commercials where it belongs.  If you'd like to take your main squeeze out for dinner that's fine but let's all agree to skip the flowers and candy. (Just thinking of your waistline honey.)  How cost effective can that be if you're already married?  (Perhaps I should quit while I can still make it out of this hole alive.)

Whatever the case, this Valentine's day nonsense will be over soon and all guys can comfortably return to being the inconsiderate louts we were meant to be.
Naturally, since I value my life, I did do the required V-Day shopping again this year and have narrowed down the card selection to a couple I think the little woman will really appreciate.

No wonder I've been married for 46 years.  These cards are simply awesome dude…just awesome.

Posted by Ken Copper at 2:45 PM No comments:

To Listen to This One…Everybody MUST Get Stoned

We appear to be living in an age of stupefyingly bad ideas:  Our current Commander-in-Chief (don't get me started), reality TV shows, net neutrality,  McDonald's "Pay with Lovin'" ad campaign, and our indecipherable tax laws for starters.  However, nothing could top the absolute dumbest idea ever, Bob Dylan releasing an album of Frank Sinatra songs.
No, Really.

This steaming pile of cow flop is called "Shadows in the Night" and is the single most godawful toilet worthy effort ever recorded, which is really saying something for a Dylan project.  Not only does this no talent Minnesota mewling mutt bring zero interpretive ability to this collection of fine lyrics he also manages to make the aggregation sound like a combination of your cat in heat and a backed up garbage disposal. Holy crap, IT'S AWFUL!
One saving grace lies in the fact that Dylan has chosen no real Sinatra signature numbers for this audio spittoon.  The tunes are mostly "B" sides from the Sinatra songbook but they do manage to contain a buttload of  hydrogen sulphide.  Don't believe me?  Check out a sample at Amazon and go screaming into the night.

What old Robert Zimmerman (Dylan's real name) has managed to accomplish is no less than the creation of the single worst album of all time.  Some of my old radio pals argue that this isn't so, reminding me not to forget Pat Boone's effort to cover a bunch of acid rock ear offal a few years back.  And, never to be forgotten,  that idiotic William Shatner assault to our musical senses from the days before he needed a girdle.  NOPE, I say this thing is definitely THE WORST.

Remember any of these beauties? 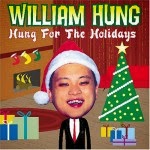 Payola, of course, doesn't exist.  The music industry and broadcasters have too much integrity to take money for promoting audio barf bags like "Shadows in the Night".  (Okay, that's a lie.)  But if they did, there is not enough jack in any bank to get this junk on the air.

Well, maybe.  I do have my eye on this boat…NO, not even for that!

There is one thing you can take to the bank.  When Dylan catches the big bus to that recording session in the sky Ol' Blue Eyes will be there with a very special 45 he'd like him to hear.