Is it possible that the RNC could find a better weapon than this?!
Geezus! If you thought Dukakis looking like a dork in a tank was the cat's nuts, this should have you sporting a lotto winner smile of epic proportions.

From the "What was I thinking???" collection

Unless there is a picture of John McCain in drag ordering a daiquiri , this pretty much equals a ticket back to Chicago for the man who is looking for all the CHANGE in your pocket.
Posted by Ken Copper at 8:54 AM No comments:

As in most things, there are people who love maps and folks who couldn't find the Pacific ocean with the help of Lewis and Clark and a flashlight.
If you fall into the map challenged group feel free to stop reading now and go pick-up your Garmin or Tom Tom.
Have a nice trip! A nice boring trip.

Those of us who love maps can't explain it any more than we can explain why we love baseball or cookies. We just do.

Since I was a boy I have practically worn out a Rand McNally per year. Not a day goes by that I don't look for new places to go and new ways to get there. Some evenings I'll cut short my reading addiction and simply leaf through an atlas planning an extended trip to someplace I've always wanted to see. It never gets old. It defined me. I plotted career moves and vacations late into the night and would wake up considering how much fun it was going to be making it happen.

New places, fresh faces and a chance to reinvent yourself...that's what maps facilitate. Travel can heal too. William Least Heat-Moon took his shattered life on the road after a bad divorce in 1982 and wrote about in his book Blue Highways. It's a terrific story about rediscovering and refreshing your soul by traveling the back roads of America. If you haven't read it, correct that mistake tomorrow. It's still in print and still just as relevant today as it was nearly thirty years ago. 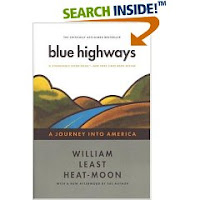 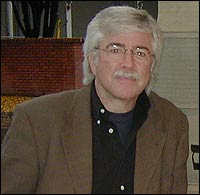 
Lately I find that most of my map gazing revolves around places I want to see when I have completely given up hustling a buck. Working can cramp your style when it comes to travel. I realize that the days of wonderful offers involving exciting new jobs are behind me now. Hell, offers of crappy jobs have taken a hike. Who cares? I know I don't.

However, there is an ache that is beginning to nag me when I'm dreaming with my maps. I now know that I'll never see it all.

There are roads I'll never travel; people I'll never meet and one of a kind sights that are there for somebody else's eyes.

The clock can be a real bastard that way.

Math was never my long suit.
I got D's in high school math and managed to avoid it in college.
It takes putting a dollar sign in front of a number to pique my interest. Do that and you have my rapt attention.

So, having said that, let me proffer a thought regarding some of the horrific crimes that seem to occur with much greater frequency lately. You know the ones I mean: Crazed guy with gun opens up on students, kidnappings, rapes, brutal armed robberies. Front page stuff.

I know my first thought every time one of these awful events happens is..."It didn't used to be like this." Most of us don't recall "these kind of things" happening when we were younger. Maybe the world IS going to hell in a hand basket.

This is where I get back to math. The population of the United States has more than doubled since 1950. In that year we had approximately 150 million souls residing inside the then forty-eight states. Now, we have more than 300 million.
If we postulate that perhaps one person out of one-hundred is capable of committing a heinous crime against his or her fellow human beings, that alone would double the number of incidents happening in America. Couple that with the now "pollitically correct" tendency to "mainstream" the mentally deficient among us instead of shipping them to the goon garage and you have the makings of a headline inducing horrific event.

It's all about the math. Too many rats in the cage.
Don't get me started on the merits of public executions.
That's where subtraction can really be your friend.
Posted by Ken Copper at 3:42 PM No comments:

I know what happens
I read the book
I believe I just got the goodbye look"__Donald Fagen: The Goodbye Look

Since I no longer have to shovel the hits, I find I'm listening to music more often these days. Not a lot, but more.
When I toiled in music radio it was four hours a day of popular music, which, when taken in those kind of doses, can make you rather cynical. It's not unlike being a farmer with one more field to plow or a plumber with another plugged toilet. A JOB in other words.

Lately, the jobs in radio have been disappearing at a dazzling rate. I can number the friends and former colleagues of mine who are still on the radio by using one hand. A fairly remarkable reckoning when you consider that I spent nearly forty years honking the hits at seventeen stations in six different states. ( I never count the two months at the country station in Oakland as it was too surreal.)

Getting fired in broadcasting is no big deal. It happens all the time. It's just the nature of the business. Some have likened radio to an art trapped in a business or a business trapped in an art. Whatever the case, running a successful broadcast property is not unlike trying to juggle a car dealership and a dinner theater at the same time. And, oh yes, the damn thing should MAKE MONEY.
Not easy.

Anyway, that's the problem. Making money is something that most radio stations are having a hard time with today. The internet is killing newspapers, radio and TV. People get fired when enterprises no longer make money.

I have been fired several times and beat it out the door just ahead of the executioner a couple of times too. It's always sweet when you have something lined-up before the clowns you're working for decide to "show you the parking lot".

When I look back, I can honestly say that in each case where I was "let go" (one of my favorite euphemisms) I wound up better off in the long run. It was a good job to lose.

New doors opened. I found better things to do.

"The Goodbye Look", by Donald Fagen from his Nightfly album got me thinking about that. Like I said, now that I don't have to...I have been listening to some of the yesterhits lately. It's good advise.

If you find that things are changing and you're getting the Goodbye Look from your boss, it may wind up opening a door to a whole new job and better life for you. In hindsight I now realize that every job I ever lost was a... Good Job to Lose.

Turn Up the CHANGE!

I was born during the sunset of radio's first Golden Age.
George and Gracie, Bob Hope, and The Shadow still resided in the theater of the mind that was the province of the senior aural medium. 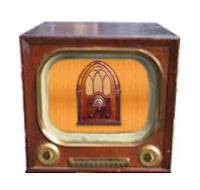 In the early 50's TV drove a stake through the heart of radio and left it for dead on the entertainment highway. In the mid to late 50's a young genius named Todd Storz resurrected radio via the miracle of something called the "Top 40". It was a simple format based in the repetition of current popular songs...usually forty of them. Nothing fancy, but it became the tribal drum of a generation. Mine.

Radio became my life. I listened as a teenager and spent the bulk of my working years behind the mic at a number of stations. It was mostly FUN, until it wasn't. For years, AM and FM provided a paycheck and excitement and all I had to do was show up and be myself. It sure beat the Army or bagging groceries for Oscar Swanson at Swanson's Super Store, the only REAL jobs I ever had. A charmed life.
Radio was an intimate medium. People listened, paid attention and considered the folks on the air their friends. I remember hosting the morning show at a Tampa radio station in the Summer of 1976. I had decided to leave Tampa for a job doing afternoons at KOGO in San Diego which offered better money and a chance to sleep-in. Linda, the kids and I left Tampa in early August and I was on the air in San Diego two weeks later. In September, while I was on the air one afternoon, I got a call from a guy who said: "It's so weird! My wife and I used to listen to you every morning in Tampa; then after we came back from our vacation in early August you were gone. We moved to San Diego in late August and today I turn on the radio....and there you are!" He said that he felt like he had found a long lost family member. Stories like that were not uncommon.

Today people don't listen to the radio like that. Not even in their cars. They talk on their cell phones, listen to their i-pods, and spend time on their computers. They are now able to create and customize programming that's just right...for them.
This blog and my internet show on the San Diego Union-Tribune website have shown that to me many times. For example: Just last week I heard from a young woman who had googled the name of a man she had recently learned was her biological father and a blog I had written about him had popped up in her search. She contacted me and I was able to fill in some of the gaps in her knowledge of her dad, including the fact that he had passed away last Fall. A week doesn't go by that I don't get an e-mail inquiry regarding a long lost friend or spouse that has been mentioned in a blog. Pretty amazing since I'm fairly certain that there can't be more that a couple of people reading this! (Maybe I need to revise my eyeball estimates.)

Radio is now being run by lawyers and bean counters, the undertakers of any industry.

TURN UP THE CHANGE...

BRING ON THE INTERNET!

Posted by Ken Copper at 5:11 PM No comments: