It's The MOST Wonderful Time Of The Year!

Stuck in a north Idaho snowbank with an official high of 29 degrees today, February 23 is the harbinger of warmth and an "anythings possible" new year.  I, and those like me, are born again in baseball.  Today, live from Peoria, Arizona is the very first spring training broadcast of the annual charity nine innings played by the San Diego Padres and the Seattle Mariners, two clubs long overdue for post season participation.  Naturally these two teams are the most near and dear to my heart.  The former the product of my calling San Diego home for many years and the latter because of its proximity to my new home in the Pacific Northwest.  The Padres last played in a World Series in 1998 and the Mariners have sadly never made it to the Fall Classic.  It's easy to root for hard luck clubs like these.  They've never had the money or the fan base of the Yankees, Dodgers or Red Sox but they have cool uniforms, beautiful ballparks to call home, and their full quota of colorful characters.

I love baseball and always sign up for the full boat MLB TV package from Direct TV just to be able to watch WAY too many games that now take too much time and, late in the season, matter little.  It's not like I was ever any good at playing the game.  I'm fairly certain I went 0 for Little League with my obviously defective bat.  (Hey, nobody knew I needed glasses until I was 14!)  However, any game without a clock, lots of spitting, pot bellies and bench clearing brawls is my kind of sport.

In a couple of weeks I'll be making a pilgrimage to Peoria to scope out the new collection of Padres and Mariners.  Rookies with promise and veterans hoping for career years are more accessible to fans during Cactus League play and I, for one, find the experience both comforting and exciting.  The world is spinning in greased grooves as the boys of summer make spring a magic time for those of us certain that "this is the year".  My Dad spent most of his life certain in his conviction that the White Sox were destiny's team only to be disappointed nearly every season.  My Uncle Louie bore a lifetime of letdown as a Cubs fan.  Of course I'm positive that the Padres will fool everybody in 2018.  I wonder what the odds are in Vegas?

The grass is green in Arizona and Florida and fans are high on hope.  Let's PLAY BALL!
Posted by Ken Copper at 2:50 PM No comments:

My Pillow Equals My ZZZZZZZZ

I can always tell when it's a cold winter night in New Hampshire.  My old pal The Skipper, with the wife out of town and perhaps over served, goes off on an extended email rant that is far more entertaining than anything I can find on TV.  I enjoy and applaud most of his insightful observations on everything from his days at sea to our national debt, the sorry state of politics, the uselessness of the Voice of America and Public Television to the dearth of critical thinking and the decline of morals in our nation.  He's like Bluto, of Animal House fame, I never want to stop him when he's on a roll.

However, last night, in a very smooth transition from what a crapload network television has become, he veered off on a tangent about Mike Lindell and his multi-million dollar My Pillow empire.  He wrote, "I listened to the My Pillow ad from that clown in Minnesota after being totally saturated by those ads and I bought one.  The radio guys said how great it was and I took it hook, line and sinker.  I have neck issues and it was major BS.  (editor's note: that's the beauty of radio.  You don't have to dress up and you can lie your ass off.)  If you did not get My Pillow, save yourself some money.  As Hitler's Nazi propaganda minister Goebbels said, 'say it enough and they believe it.'  He was totally right."

The Skipper went on to say that the My Pillow did nothing for him and that sleeping on it was like sleeping with your head on a bag of marbles.  I was stunned.  I'll admit that I was late to the My Pillow party but after hearing my wife rave about hers for over a year I broke down and ordered one about four years ago.  I was prepared to hate it and anticipated delivering up a big old "I told you so" upon demonstrating its inadequacy to my wife.  I can still remember putting my head down that first night. The scene went something like this:  "Man this is the most uncomfortable pilllllllZZZZZZZZZZZZ.  I was out in less than a minute.  I still don't know how it works but can't quarrel with the fact that the damn thing seems to do the trick for me.  Perhaps Mr. Lindell is loading up his product with crack?  (He was an admitted addict at one time.)  For whatever reason, it appears to work for me, though I know there must be others out there in The Skipper's camp.

Keep making those fine pillows Mr. Lindell!  Just do me one favor.  Stay the hell out of your commercials.  You have the acting chops of a Minnesota picnic table.  (Sorry picnic tables.)  I don't know what you're stuffing in those tickets to dreamsville, (chloroform?) just keep 'em coming.  I'll urge the Old Skip to reconsider his probably hasty decision to abandon your fine product.  Perhaps a few freebies sent his way?

Oh Canada! The Threat From The North... 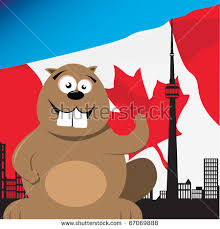 As long as we're building walls, may I suggest we begin by slapping some concrete between us and those pain in the ass Canadians.  The nation of sled dog drivers to our north seems to this reporter to be far more menacing than the denizens of the sleepy mañana land of tacos and margaritas ensconced on our nether border. Sure Canada has some decent beer and whiskey but, face it, the fun zone of Mexico has more to offer.  Tequila and churros anyone?

I think it was Robin Williams who once referred to Canada as the loft apartment above a raging good party.  Canadians don't have much going for them other than a smug superior conviction that they are a far better country than their rowdy neighbors to the south.  (They also think that beavers can talk and moose poop is candy.)  Lately, because their hatred of Trump is boundless,  Canadians have begun to forgo winter vacations in warm weather U.S. ports for getaways in turd world countries like Cuba.  After all, their beloved premier, the ever so sensitive Justin Trudeau is rumored to be the love child of good old Fidel Castro and the perpetually skanky and "in the bag" Margret Trudeau, the former first lady of the Great White North.

Ready For Some Football??


I should have known.  It's never a good idea to stop at Costco on a Friday before the Super Bowl.  Having paid little attention to the NFL this year because of the players' dopey "take a knee" protest, I am late and half-heartedly into Super Bowl frenzy.  It doesn't help that those of us who dwell west of the Mississippi have little rooting interest in teams representing old elitist stuck up cities like Boston and Philadelphia.  (Perhaps I've said too much?)

So, being in the vicinity and in need of snack replenishment, I sidled into a parking slot within a mile or two of the local Costco.  (I refuse to be one of those lazy lard ass slugs who circle the lot for hours looking for a spot close to the entrance. You know who you are!)  As I reached the front door I knew it had been a mistake of Dunkirk like proportions to storm Costco beach.  It was raining (natch!) and soaking wet customers were in abundance.  Undeterred, I grabbed a cart.  Oh the humanity!!!  Super Bowl snack material was stacked high in nearly every aisle and flannel shirted behemoths, male and female alike, were in full tilt bozo mode wheeling carts maniacally as they plowed through the demonstrations touting the wholesome goodness and gluten free wonderfulness of selected guacamole's, bean dips, salsas, chips, ice cream sandwiches, potato chips and countless other jumbo calorie laden treats necessary to sustain hours of TV watching.  Face it, we'd all starve watching the Super Bowl if it weren't for the chuck wagon sized craptacular  party snacking material.

It didn't take long for my intentions regarding the need to lose the five pounds slathered on to my carcass over the holidays to be forgotten.  As I entered the intersection of smoked meats and cheeses I was in full rationalization mode.  "Gee, I don't look as fat as that guy", was my mantra as I joined the adipose big top parade and began to load up the cart.  Who cares?  Let's all eat like we're going to "the chair"!  After all, I did buy a pair of aspirational pants (see "too small") as hard core incentive to really shape up after the big game.

Now, with snacks at the ready, I am prepared to give you the winner of this year's Super Bowl.  The Eagles will win it handily.  I just know it.  Of course the last time I was this sure of anything was in January of 1986 when I "knew" the Patriots would beat the Bears.  Unfortunately I lived in Las Vegas at the time and helped to keep the bookies at the Golden Nugget solvent.  (Bears 46-10 over the Patriots is forever etched on my frontal lobe.)

At last look the Patriots were favored by four points.  Tell you what, I'll take those points and the Eagles.  You can have the pants. 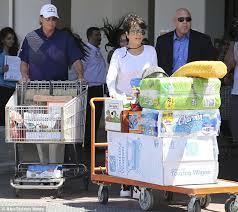 Posted by Ken Copper at 4:28 PM No comments: