I have been fortunate in my life to have collected a fairly large and eclectic posse of characters I'm privileged to call my friends.  The Skipper, Country Al, Tito, Johnny Boy, Tailspin Tommy, Battlin' Buzz , Nasty Ned, Cool Rick, Bobby T and my old buddy Willie the Moff to mention a few.  Last year I was lucky enough to add another, Sam Jankovich.

This past weekend I set the cruise control at 90 and hauled Sam from his home in Hayden Lake, Idaho to Billings, Montana for his induction into the Montana Football Hall of Fame.  He's in his 80's now and recently gave up driving.  I was honored to be his chauffeur for a couple of days just to be a part of all the hoopla surrounding such an event.  This wasn't Sam's first hall induction; he is already enshrined in several as the result of an outstanding career as a player, coach, university athletic director and a memorable stint as the general manager of the New England Patriots, but this one meant the most to him.

I was introduced to Sam by his longtime friend and neighbor, Melissa Moss, who, along with Sam's beloved Margaret, a true saint, made the Hall of Fame journey.  It was an unforgettable experience.  Sam is a man of strong opinions who chooses not to keep them bottled up.  He also appreciates anyone who is inclined to lob a little rhubarb in his direction.

Sam: "You drive like crap.  I ought to push you out at the next gas station."
Me: " When you come out of the men's room there'll be a smoking patch of rubber where this vehicle used to be!"

Then we laugh and move on to the next insult.  I love the guy! On the way Margaret (who'd heard it all before), Melissa and I were treated to tales from his days as athletic director at Washington State during the late 70's through early 80's in addition to stories of his seven year run as A.D. at the University of Miami where he won national titles in 1983, '87 and '89.  His two seasons as chief executive officer of the New England Patriots were anything but fun both fraught with turmoil as the team transitioned from the ownership of Victor Kiam to Robert Kraft.  According to Sam it was the least enjoyable time of his football life.  He later concluded his career as president and general manager of the Las Vegas Gladiators of the Arena Football League.

Sam's hometown of Butte marked the halfway point in our 500 mile journey to Billings and the Hall induction.  For a couple of months he had been reverently speaking of the wonders of something called the "wop chop"available only at the semi-legendary Muzzy's Freeway, a rustic joint just off the 90 freeway in Butte, run by an old pal of Sam's. Admittedly this gut bomb consisting of a battered slab of deep fried pork served on a bun with onion, pickle and yellow mustard lived up to Sam's superlatives.  I liked it well enough to buy one of Muzzy's extra large T-shirts and am already contemplating a return for more greasy goodness. I'll save the heart attack for later.


We arrived in Billings in time for the Friday night reception and cocktail party featuring many former and current Hall of Fame inductees, including Kansas City Chief's great, Jan Stenerud.  Many had been coached by Sam and were excited to see him.  On Saturday it was off to check out the Burger Dive in downtown Billings which was a recent winner of the Food Network's best burger contest featured on their "Man vs. Food" show.  The burgers, we all agreed, were most likely the best we'd ever had. Bring on the crash cart and alert the by-pass team.

Saturday evening's awards ceremony was sold out with more than 500 people in attendance.  Sam was the first to be inducted; he gave a heartfelt and rousing acceptance speech which earned him a standing ovation.  The lighthearted bluster was gone.  It was a quietly emotional and humble friend who thanked all who made it possible for him to have had such a career.  It was a side of him I had not seen.


There were many media representatives, including a unit from ESPN, and all wanted their time with Sam. It made for a long day for a man in his ninth decade and he powered through it all like a champ.


We began our return trip to Idaho on Sunday with another stop in Butte to see Sam's great grandson baptized in the Serbian Orthodox church he has loved all his life.  On Monday, before heading out, we stopped at the Metals Sports Bar to have breakfast with Ray Ueland the owner and another longtime friend of Sam's.  Ray had arranged a Sunday night gathering at the Butte Civic Center for Sam that was attended by many former players from his coaching days.  I snapped a picture of the plaque honoring him at that venue and remarked how much he looked like the late Danny Thomas in his heyday and wondered aloud why he now looks like Fred Mertz.

Sam: "I wish you were still on the radio so I could turn you off!"
Me: "Shut up and get in the car Fred."

On the road home we all agreed that the weekend had been a wonderful success, with Sam still marveling at all the kind words and accolades he collected from many he had mentored over a long career.
The greatest use of a life is to spend it on something that will outlast it.  Sam Jankovich has accomplished that with class and humility.  His is a life well lived and I am proud and grateful to call him friend.

Stick 'Em Up! An Hour Stolen! 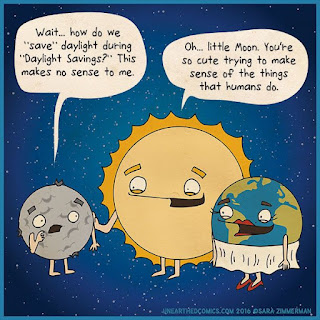 Now, where the hell did  I put that ladder?  I'm in the garage trying to remember where I stashed that rickety wooden step-ladder that is needed no more than two times a year for changing the batteries in my smoke alarms AND the clocks--all of them--because the government insists on either adding or stealing an hour from our day.

Here's my message to all the states who participate in this annual nonsense:  CUT IT OUT!  Make up your mind already!  Either keep the clocks on daylight saving time (my recommendation) or lock us in to standard time and be done with it.  Some states and territories already refuse to participate in this semi-annual nonsense which already makes for plenty of confusion for their neighboring states and drunk dialing relatives residing more than a couple of time zones away. 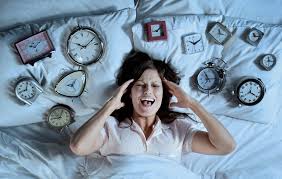 Some states, like mine, make things even more confusing by employing multiple time zones.  Thanks elected geniuses!  Just this week some nimrod in the Idaho legislature proposed putting the panhandle (where I live) on Mountain Time because our neighbor, the people's republic of Washington is considering going on year-round DST effectively moving them to Mountain time from Pacific.  Just what we need!  It's bad enough we have to live next door to that gulag, this blockhead wants to let the commies in Olympia decide what time it is in Idaho??!!!  I AM depressed!

Maybe we should all merely frolic in a time zone of our invention.  How about the Jimmy Buffett  time zone?  JBT, where it's always five PM.  Works for me.  No need to set your clock to any time other than the cocktail hour come this Sunday.  (Sometimes I dazzle myself with good old common sense.)  Now, if you'll excuse me, there's a happy hour out there with my name on it.
And, just a minute,  there's my hammock ready to rock me into a short nap.

In life, pain is mandatory but suffering is optional.  The ladder is all yours. 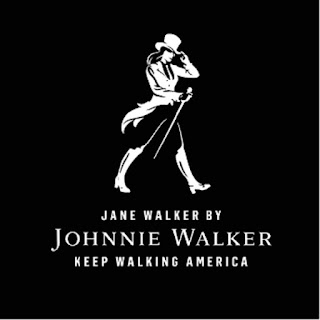 My mother never drank much.  I can only recall my parents having a couple of drinks with friends maybe once a week and usually on a Friday or a Saturday evening.  What struck me as strange was mom's penchant for drinking whiskey, usually a blended Canadian or a Kentucky bourbon, neat.  Outside of a rare fling with a daiquiri she avoided the sweet "girly" libations and stuck with "three fingers" of sippin' whiskey.  A classy move all the way.


This recollection was prompted by the March 1st introduction of Jane Walker scotch by the makers of Johnny Walker and numerous other adult libations, the Diegeo Company.  Their press release stated the objectives of the new product like this: "In recognition of women who lead the way, we are unveiling Jane Walker, the first ever female iteration of the brand's iconic Striding Man logo.  Jane Walker is the celebration of the many achievements of women and a symbol of empowerment for all those on the journey towards progress in gender equality."  Wow!  How's that for mansplaining? In a nod to that equality, Jane Walker has not been powered down for the more delicate feminine constitution.  Nope, it packs the same wallop of brother Johnny.  It's genuine double rectified bust head guaranteed to get you just as loud and obnoxious as the boys.  It packs all of the promised essentials of the whiskey food group: sloth, envy, greed and delusions of grander all in a gorgeous looking bottle.

It's good to know that Diageo is donating $1 from the sale of each bottle to women's causes and that, come next month, 50% of the company's board of directors seats will be held by women.  Both are enlightened moves by a management team that has obviously done some homework.
How this experiment goes is anybody's guess.  At present only 30% of scotch drinkers are female.  A bump up to 50% would be huge and presumably it would make Jane Walker a lock for future promotion.  This much I do know, mom would give it a pass.  "Tastes like fly spray", was her answer to a proffer of scotch.  Perhaps we should have been keeping a closer eye on that can of Raid in the garage?

I'd be interested to hear from women who are willing to give this new hooch a try.  Single guys might want to date it too. (Less maintenance.) Here's to equal opportunity impairment! Remember not to fly that 747 after an evening with Jane.  Don't worry, you'll both pee just as much. 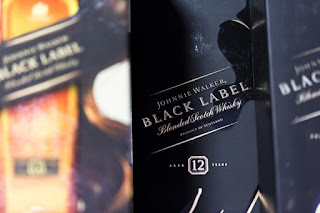