As we grow older most of us get a little grumpy about a lot of things.  I think that's healthy.  After all, it simply shows that you've been paying attention.

When guys get to the point in life where our prostate exceeds the size of our ego it sort of puts things in perspective.  We know what we like and we know what pisses us off.


Here are a few things that I can do without:

Bald guys with ponytails
The IRS
The Federal Government
State and Local Government
Baseball's designated hitter
Newt Gingrich (Shut up fatso!)
Oprah (See above)
Local TV news (Insipid)
National TV news (Infantile)
White guys talking black (Zip it "Bro'")
Cell phones (even though I have one)
Women (and it's always women) who drive 55 on surface streets and 55 on the freeway (maybe just a California thing...guys know that it's 45 on surface streets and 95 freeway))
Stephen Colbert (a one note samba...yeah, we get it, you're sarcastic)
Prius (who says hybrids have to be butt ugly?)
People who use "what not" as a collective noun
Bill Maher (one snotty SOB)
Rap music (please, no one can really think it's anything but crap)
Reality TV
Vegetarians
People who say "awesome" an awesome amount of the time
Those restroom paper towel dispensers you have to wave at to dry your hands.  BAD engineering!
Airports, airlines, air travel, the TSA
Linda yelling at me for yelling at the news on TV
Realizing that my list of dislikes could go on for a couple of hundred more pages


Oops, I am nearly out of time and space.  The news is about to come on and I've got some serious yelling to do. 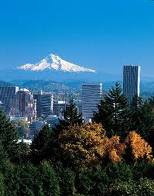 When I was a kid my Grandpa Copper asked me what I wanted to be when I grew up.  Without hesitation I replied, "I wanna be a bum."  Not at all startled by this not so high minded career calling my granddad nodded his head and said, "Just make sure that you're a rich bum."  Naturally I got into broadcasting.

It worked out pretty well.  A "work" day that lasted three to four hours, involved no heavy lifting, and was invariably air-conditioned and indoors put me in the higher echelon of bumdom.  No sleeping on the streets in crap encrusted jeans sporting an oily gimme cap and smelling of wee wee for me.  Also, no cardboard sign sporting the required "Will work for food" (but would prefer cash).  Alas, with the radio and television business circling the drain lately, there are now few remaining venues where bums can prosper.
In Portland, Oregon that's okey dokey.  Portland, you see, like much of the Pacific Northwest and other enclaves of liberal thinking continues to hang out the "Welcome Bums" sign.  "No job, no money, no hygiene, NO PROBLEM" would seem to be the mantra of the Rose City.  It's a shame really.  With spectacular views of natural beauty in every direction, Portland is one of the most beautiful and vibrant cities in America.  I've been here for a few days now and, like every time I visit, I'm amazed by the variety and abundance of restaurants, cultural events, and artistic opportunities.  It could be one of the finest metropolitan areas in America---except for the BUMS.  They are everywhere.  Aggressive panhandling, public urination and really nasty looking hair do nothing for the aesthetics of any town and tell much about the mentality of the folks who run the joint.

Portland needs to send its city fathers and mothers to New York City.  Better yet, they should buy Rudy Giuliani a plane ticket and hire him to whisper the secret of how he cleaned up his city and made it once again a delightfully exciting place to visit.
Portland...PUT OUT THE "NO BUMS ALLOWED" SIGN BEFORE IT'S TOO LATE!
Come on you can do it.  Any city that is home to the cultural grandeur that is VooDoo Donuts can right its ship of state and sail into the pantheon of "must go there" destinations.
Do it soon Portland or remain evergreen and puzzling to us all.
Posted by Ken Copper at 8:52 AM No comments: 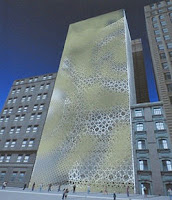 So Imam Feisal Abdul Rauf wants to build a mosque, or community center, or prayer room right next door to Ground Zero?  And this is a good idea why?  Oh, that's right, to promote diversity and understanding.  Maybe then we, the intolerant and mostly infidel, Americans will comprehend the wonderfulness of his dopey seventh century religion.  You know, the one where women are treated like property and non-believers are beheaded.  The religion of peace don't ya know.  Well, this is "the land of the free" after all and he and his followers are welcome to do as they please with their real estate and to hell with all of those who think otherwise.  No matter that nearly three-thousand innocent Americans were murdered in the name of Islam just, you should pardon the expression, a stone's throw away from what is to be the site of the new mosque.  ONLY THIS SITE WILL DO. 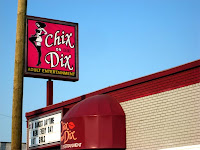 Since the Imam is all about diversity and understanding, even though he doesn't understand that Hamas is a terrorist organization, here is a dandy idea to help fulfill his vision for lower Manhattan. 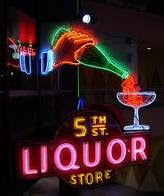 Let's give him some neighbors for his new project.  A couple of strip clubs and a liquor store or two should serve to broaden the Imam's horizons.  Since he seems to have turned a deaf ear to pleas from the families of the victims of  9/11, perhaps this plan dreamed up by a proud member of Team Infidel will convince him of the impropriety of his vision.
Liquor stores, strip clubs, maybe a gay bar or two...just what is needed to keep that "diversity and understanding" thing going.  Or, better yet, the Imam could just take his plans and hit the road.
Tomorrow!
Posted by Ken Copper at 11:29 AM No comments:

Is That A Remote In Your Hand...Or, Are You Just Glad to See Me? 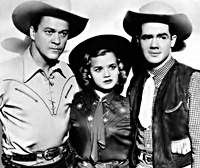 It took the local paper a couple of weeks to get around to picking up the wire story.  How could they be so dense?!  She just lived up the road and for guys like me who grew up in the 50's she was  the real "Queen of the West".  (Face it, Dale Evans was way too old--more suited to dad.)  Gloria Winters, aka Penny King, died August 14 at her home in Vista, California.  She was in her late 70's.

LATE SEVENTIES??!!  How did that happen?  We're talkin' Sky King's niece Penny.  She filled out a cowboy shirt like no other wholesome Saturday morning regular.  "Out of the clear blue of the Western sky" wholesome.  Brought to you by Nabisco wholesome.  She was the stuff pre pubescent boy dreams are made of.  (Okay, some pubescent and post pubescent boy dreams too.)
In case you were off the planet from 1952-1959, Sky King was a modern day western featuring a rancher/pilot who got into weekly TV adventures involving a myriad of bad guys bent on robbing banks, stealing cattle, and general impolite misbehavior.  Penny was Sky's perky, pretty, pugnacious teenage charge who often became caught up in his adventures.
She was hot, so hot that often times the hooligans of the week were inclined to snatch Penny and use her as a negotiating chip when, as was inevitable, Sky had them surrounded.  Penny spent an inordinate amount of time tied up at the old line shack.

In 1975 my job as a radio blabbermouth found me working in Tampa, Florida where one of our station promotions involved co-hosting a model airplane contest at Busch Gardens with Kirby Grant the actor who had played Sky King.  I was thrilled to get the chance to meet one of my childhood heroes and actually looked forward to doing the show with him.  When the event rolled around I found myself backstage with Mr. Grant who was, to my delight, decked out in his Sky King outfit.  Though he looked older, he still fit the cowboy duds nicely and seemed to relish the chance to once again play the character that had made him a star.
Things went south when, as I stuck out my hand to meet him, I said, " Gee,  Uncle Sky what were all those bad guys doing with Penny when they had her tied up at the old line shack?"  He gave me a look like I had just relieved myself in his Nabisco shredded wheat.  Oops!  Things went downhill from there.  I was definitely off the Sky King Christmas list.  Once again being a wise ass had taken me into a box canyon of no return.  We got through the show, but Kirby Grant wasn't ever going to give me Gloria Winters phone number.
So now she's gone and all these years she had lived just a few miles up the road from me here in California.  Life is cruel, but at least in America young men have fantasies about real girls.

Not so in Japan...
In the Wall Street Journal a couple of days back there was a front page story about young Japanese men checking into a special hotel featuring "virtual girlfriends".  After choosing one of three female characters--Goodie Goodie Manaka, sassy Rinko, or big sister type Nene to be a steady girlfriend the young player heads for a special hotel room where they exchange flirtatious text messages  and even some virtual kisses. No wonder they lost the war. 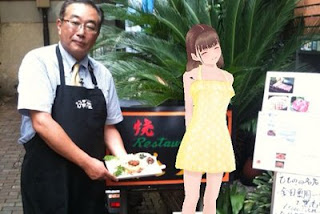 I think I'll stick to my good old American fantasies like Uncle Sky's niece Penny.  The funny thing is Sky King probably would have been okay giving one of the Japanese guys Penny's number.  One of them could then send a text message Penny could ignore.
She, no doubt, had more fun spending time with the good old American hoods at the line shack.

Thanks for the smiles and the dreams Penny.  We boomer boys will be along to rescue you...probably sooner than we'd like.
Posted by Ken Copper at 4:21 PM No comments: