At Last! A Reason To Listen

In the 1960's radio compelled us to listen with entertaining content.  What a concept!
Sometime during the 70's or 80's the cool people running the business, perhaps because they were having too much fun at the party, decided to give the industry's keys to the the geeks from the accounting department.  (Any endeavour about to take the big slide into oblivion always winds up in the hands of the accountants.)  Today's radio is the unlistenable product of humorless no talent drones who, typical of the true losers they are, couldn't get laid in a womens' prison with a fistful of pardons.  Like small town undertakers applying rouge to a moldering corpse, they fill the air with brainless verbatim liners like, "Just ahead of another commercial free all music jam" and "the best variety all the time".  You know...the stuff that worked so well in, (insert the name of any city where this clown last ruined a station).
When the last listener turns off the last radio these guys will be the LAST to know.

But here's the good news.
There is GREAT content on the Internet.  Yes, thanks largely to entertainment pioneers like Adam Carolla and his Ace Broadcasting, anybody can download terrific shows on ipods or other portable devices and find themselves a boatload of pure magic.  You know...stuff that makes you laugh and sometimes learn.  Compelling content. 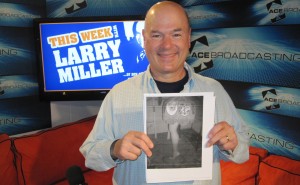 Adam is a true virtuoso.  He's funny and he gets it.  There is no better curmudgeon.  H.L. Mencken is alive and living in the Carolla garage.  And, if you want story telling, there is This Week with Larry Miller.  Not since the late Jean Shepherd has there been anyone as gifted with a yarn as Larry Miller.  A longtime comedian and actor, Miller has a million stories and he isn't afraid to use them.  His show is a humor pinata stuffed full of belly laughs and insight.  A welcome audio air conditioning for our modern day miasma.
If you haven't already done so, don't waste another second.  Get yourself to the Carolla website and start downloading some downright righteous shows.
Kickass radio is still around...It just moved to the internet.
Posted by Ken Copper at 3:14 PM No comments:

Wise Guy? Maybe Not So Much These Days

Like the veteran pitcher who all of a sudden has lost his fastball, I have lately noticed a marked fall off in my ability to recall perfectly useless bits of information.  Until recently I was THE MAN when bar bets were settled or long running feuds ended.  Friends could count on me to know that Gloria Winters was the original  "Babs" on TV's "Life of Riley" before she went on to fame as Uncle Sky's niece, Penny, on the "Sky King"series.  Of course
we all know that Lugene Sanders was Babs from 1953-58.  Elementary.  Or, how about anything to do with the Three Stooges?  I have my PHD in Stooge.
Baseball trivia?  No problem.  Charlie "Paw Paw" Maxwell could always be counted on to smack a homer or two for the Detroit Tigers whenever he was in the line-up on Sundays.
Don't ask me why, I just know that kind of stuff.  As long as it isn't useful, I WILL RECALL.  Anything important like Ohm's Law, long division, my phone number, or what I had for lunch...UH.....I'll have to get back to you on that. 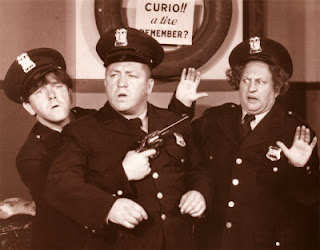 I will confess to being more than a little concerned of late that it is taking me longer, sometimes painfully so, to haul up some of the nuggets of nonsense that hang like sleeping bats in my belfry.  Is it creeping age?  Too much input jamming the circuits?  Or, and this is the one that haunts all of us over sixty, is it the beginning of dementia?  That one keeps me awake at night.
I'm guessing that getting older just means that it takes you a little longer to rummage around the old cranium to find things.  I know it takes me l o n g e r to engage in other activities these days; so why not mental gymnastics too?  And what is the point in worrying about it?  The Internet is ready to save the day every time I find myself going nuts trying to remember the name of some character actor who happens to be in a movie I'm watching.  (Linda never appreciates it, but I think it's more than slightly important to know that Whit Bissel was outstanding as one of the white coated scientists in The Creature From the Black Lagoon.)  Instead of "Shut up! I'm trying to watch the movie", she should be thanking me for putting her wise to one of the finest and most versatile actors of his generation.
Well, I'm not going to get too concerned about losing some of my trivial mental agility.  There are more goofy baseball names and statistics coming my way this season and Google and the Internet Movie Database will be there to back me up when the cobwebs overtake my memory bank.  I'm not worried.
I won' t worry until I no longer can tell the difference between Three Stooges movies featuring Larry, Moe and Curly and the flicks starring Shemp.
If that happens, put a couple of rounds in my hat.
PLEASE! 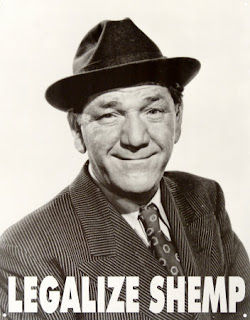 Posted by Ken Copper at 1:50 PM No comments:

Super Fans Should Take The Money And RUN!

Now they want to sue.
The hard core Super Bowl fans who got rooked out of their seats for the big game by a probably over zealous Dallas fire marshal now want to sue the NFL for breach of contract.  The 400 people relegated to watching Green Bay and Pittsburgh bash each others brains in for football's penultimate prize had to watch on big screen TVs in standing-room only locations around the stadium. They are not at all pleased with the NFL's offer of a ticket to next year's Super Bowl and a cash payment of $2400 or a ticket to ANY future Super Bowl and round-trip airfare and hotel accommodations. 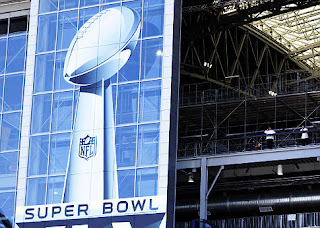 COME ON!!
What the hell is the matter with these people?  First of all, who relishes the thought of being crammed into a seat amid thousands of liquored up, overweight, sweaty football fanatics (especially Texans) just to sort of enjoy a limited view of what is usually a fairly boring game?  These morons should take the money, use the freebie airfare or hotel chit and then scalp the complimentary Super ticket and use the additional cash to have a good time in whatever metro wasteland the NFL is trying to screw next year.
Granted, I view this whole scene with a jaundiced eye.  I'm a baseball fan who can't wait for Spring training to begin.  Football is something I follow with the same level of interest I gave high school Geometry;  that is to say, not much.  I half way watch a game or two every Sunday during the regular season but, unless the 49rs are hot, I can be net surfing or reading a magazine while the action is underway.  Probably the Chargers have made me this way, thank you Dean Spanos and A.J. Smith.
Comparing baseball to football is the equivalent of comparing chess to "go fish"and Charger football is simply fishing without a worm on your hook.
This year the Super Bowl held NO interest for me.  Both teams were favorites of former bosses of mine so the level of hate I have for the Steelers and Packers pretty much has no bounds.  Sort of like the anti Wil Rogers I "never met a boss I didn't hate".  Starting in November, I carefully screened any phone call that might involve a Super Bowl party invitation.  Why do people insist on have those damn things anyway?!  When Super Sunday arrived I, for the first year EVER, watched not a single down of the game.  Linda and I drove downtown to meet a nephew who was in San Diego on business; picked him up and went to dinner.  Not only did we have no trouble with traffic, we got caught up with Steve while enjoying attentive service in a nearly empty popular restaurant.  No reservation?  No problem.
On the quiet drive home I promised myself this wouldn't be the last time I took advantage of the SUPER diversion provided annually by the NFL.
God, I hope they don't strike this year.
Tennis anyone?
Posted by Ken Copper at 3:44 PM No comments:

If you had to choose, which one has to go?
According to a new AP-Petside.com poll, a surprising number of married folks would take their pet over their spouse if it came down to it.  To be fair, 84 percent of pet owners would hold on to their spouse or significant other, but a whopping 14 percent picked their four-legged pal over the person they've chosen as a lifetime companion.
Both men and women were equally likely to go with their spouse or significant other, according to the poll, however, women are far more apt than men to say that the choice would "be a tough one".  (Forty percent among women as opposed to twenty-six percent of the men.)  There was also no difference between dog and cat owners:  thirty-five percent said that the choice would be a hard one.
Personally, having lived in a household with two cats, a wife and two daughters I would have gladly tossed the feline ferrets out after the first hairball, but I was overruled.  Dogs I am willing to cut some slack, but their stock goes way down with each "sidewalk sundae" left in the middle of the living-room floor.  (If you have a spouse who is prone to that attention getting tactic, you're on your own.)
All things considered, it would seem obvious that the "pet or spouse" conundrum is entirely relative.  Check out some of these pets and people and ask yourself which one you would choose given an ultimatum.  In other words, who would you be cool with making "no no" on that new oriental rug?

Posted by Ken Copper at 3:11 PM No comments: