(Thursday April 16, 2009)
Nobody seemed more surprised by the turnout for yesterday's turnout for yesterday's "Tea Party" than the dolts in big media.  It was almost comical to watch as the nimrods at CNN, MSNBC, ABC, CBS and NBC tried to minimize the stalwarts who are fed up with a tax system that asks only about half of us to pay the freight for keeping the federal government in business.  It would be something else if we actually saw our money being spent in a responsible way on things necessary for the country and its citizens continued survival and well being.  But, NO, those of us who still pay are being asked to fork over our hard earned jack for programs that exist only to perpetuate the careers of professional politicians who buy the gratitude and goodwill of an emerging class of perpetual dependants.

Less than 10% of the people of the United States, those making more than $92,400 per year, pay 72.4% of our national income tax.  That is WRONG!  It's a recipe for fiscal and emotional bankruptcy  of the country and it needs to stop NOW.  Nowhere in the constitution is there a guarantee  of health care, welfare benefits or federally funded retirement plans.  These are merely "nice to have" if the country can afford them. (A better case could be made for a right to free food and cocktails.)  This has gotten so completely out of hand that drastic measures are required, SOON.  This isn't a new dilemma created by our current recession.  It was crafted by professional politicians, both Democrat and Republican, whose penultimate goal is to be RE-ELECTED.  After all, the business of politics is re-election and it's "all business all the time" for professional pols.  America needs a flat tax NOW!  All citizens need to have some skin in the game.  A country cannot long survive if half the population contributes nothing to the cause.  A good start regarding a flat tax might be to require those making less than $100,000 to pay 15% and anyone making above that mark, 20%.

The insanity of the tax code now in place only invites disaster.  The Obama administration (and now Trump) must cease their profligate ways or we risk losing our republic.  No more cooking the books.  We're done enabling this nonsense.
(And here we are, nine years further down the road, deeper in debt with yet another messy income tax regime in place and no end to the nonsense in sight. Hope you enjoyed your April 17.)

Posted by Ken Copper at 9:47 AM No comments: 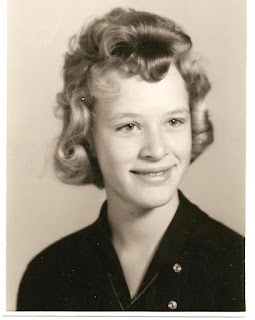 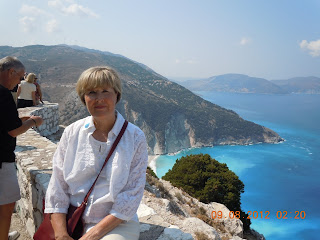 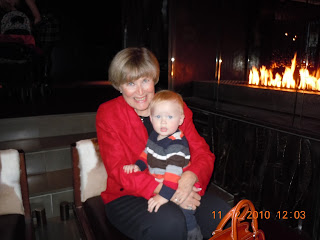 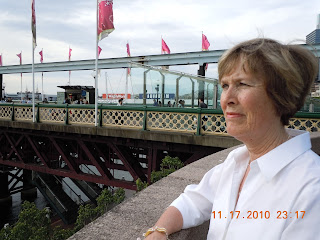 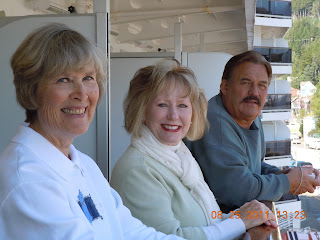 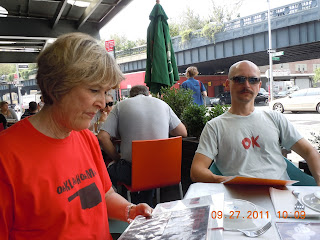 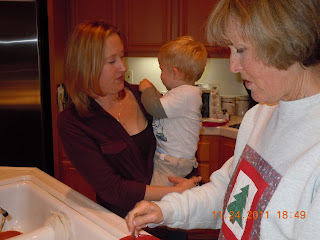 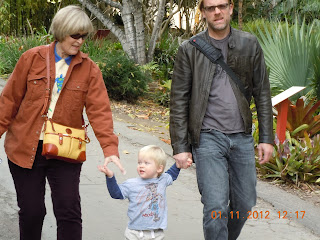 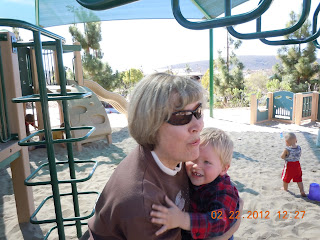 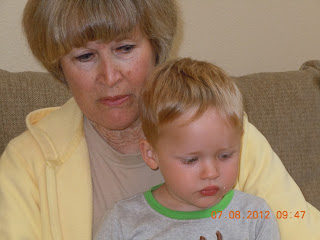 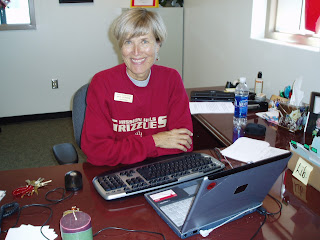 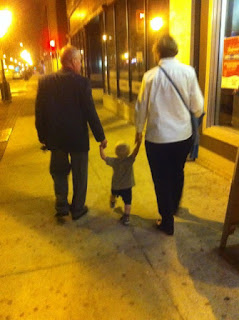 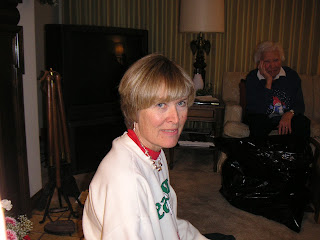 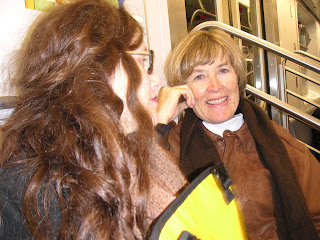 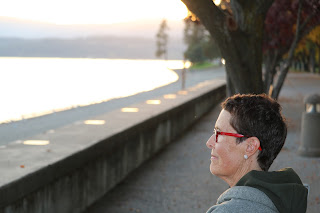 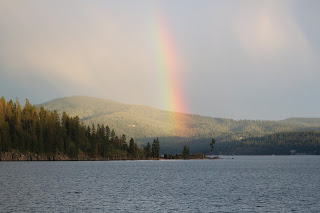 Custer, Wounded Knee and Me...

In the late 1960's I was a student at the University of South Dakota.  I was a broadcasting major and, thanks to a job as a disc jockey at KVRA radio in Vermillion, was able to pay for my education and get hands-on radio experience at the same time.  Ted and Doris Dolney owned the station and were like a second set of parents to me.  They allowed me, at various times, to program KVRA, host the morning show and indulge in flights of fancy that would have most likely gotten my ass canned anyplace else.  I owe them big time.

When I was in charge of station programing the bulk of available work hours were hogged by yours truly. Most of the other guys at the station were students too, but I had been there the longest and was the closest to Ted and Doris.  This meant that most weeks I worked seven days.  As I said, I was a student and needed the money.

In those days the FCC required broadcasters to carry a lot of "public service" shows designed for the betterment of their communities of license.  It was all boring crap that NOBODY wanted to hear but the government KNEW these shows were best for us all.  Up yours LBJ!!

Since South Dakota is smack dab in the heart of Sioux Indian country, one of the required programs we were asked to carry was something called "Oyate", which is Sioux for...uh...beats me.  It was a thirty minute pre-recorded show done entirely in the language of the Lakota Sioux.  Naturally I scheduled the show to run in what we radio types referred to as the Sunday morning ghetto.  It aired someplace in that wonderful 6AM until 10AM corral between the Back to God Hour and some Baptist thing.  Who knew?  Nobody was listening on a Sunday morning, not even me.  It was a sweet deal to run these programs.  Here's how I handled it:  The radio station was located on Main street in Vermillion and sported a huge picture window that looked into the primary On-Air studio.  This allowed people passing by to look in and see the monkey...er..disc jockey doing a show.  (It was a simpler time and folks in rural America were easily entertained.)  There were, in addition to the usual microphones and turntables, a couple of large reel to reel tape recorders that were used for the playback of shows like Oyate.  It was necessary to merely slap the tape onto the recorder; hit PLAY and the announcer on duty could exit the studio.  An easy way for a guy to turn a buck on a Sunday morning.  Had I been smart, I would have gone somewhere to grab a snooze every Sunday after starting the tapes, but nooooo.

Vermillion, being in South Dakota, had about nine million bars lining Main street.  In fact there were two saloons directly across the street from KVRA.  One of them, "Our Place", was owned by two guys named Freddy and Duane who bore no slight resemblance to a couple of small town undertakers.  Nice guys, but goofy looking.  As luck would have it, they were always open for business on Sunday mornings starting at 6.  It was really too perfect.  I would arrive at the station just before 6, load the tape decks, push START, place the phones on hold, and mosey across the street to greet either Freddy or Duane as they opened their swinging doors.  It was easy to watch the tapes roll and the phones flash in our "Window on Main Street" as I kept vigil from my perch on the bar stool closest to the door.  I'd shoot the breeze with Freddy or Duane as I enjoyed a "big red one", the always delightful tomato beer that is a favorite of most South Dakotans.  Sometimes I even shot some pool.  The boys always had the radio behind the bar tuned to KVRA so that I could closely monitor our very fine Sunday morning programing.

Though it was on the air every Sunday during my years at KVRA, I never understood a word of Oyate  and neither did Freddy or Duane.  Who spoke Lakota Sioux?! It always sounded strangely singsong to me.  Years after I was long gone from the frozen and dusty plain of South Dakota I discovered that Oyate had always been shipped to us "tails out".  For you non broadcast types, that was how many reel tapes were shipped in those days.  Some engineer had figured out that tapes lasted longer if they were sent out backwards and required a re-wind before airing.  As you may have figured, I had been playing Oyate backwards for at least two years.  No wonder the damn thing sounded so weird!  So, here we are forty (now 50) years later and I feel just a little guilty.  I'd like to apologize to the entire Sioux Indian nation.  Hey, why didn't you guys call?? (Oh yeah, I had the phones blocked.)  Just to show you how badly I feel about this unfortunate incident, if you're ever in the San Diego (now Coeur D' Alene) area I'd like to buy you a tomato beer.   Are we cool Kemosabe?
Posted by Ken Copper at 11:50 AM No comments: